Duration Risk: How the Fed is Creating the Next Financial Crisis

"The gods had condemned Sisyphus to ceaselessly rolling a rock to the top of a mountain, whence the stone would fall back of its own weight. They had thought with some reason that there is no more dreadful punishment than futile and hopeless labor… I leave Sisyphus at the foot of the mountain! One always finds one's burden again. But Sisyphus teaches the higher fidelity that negates the gods and raises rocks. He too concludes that all is well. This universe henceforth without a master seems to him neither sterile nor futile. Each atom of that stone, each mineral flake of that night filled mountain, in itself forms a world. The struggle itself toward the heights is enough to fill a man's heart. One must imagine Sisyphus happy."
"The Myth of Sisyphus"
Albert Camus 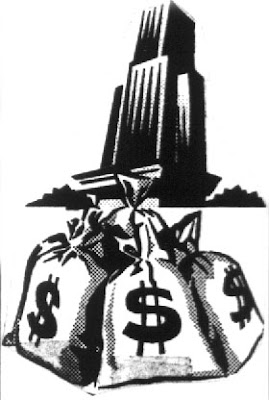 Over the weekend, we got to go through a lot of accumulated reading, the majority of which only confirms our view that US markets and investors are living in the eye of the proverbial hurricane. White the equity and bond markets in the US still have the outward appearance of normalcy, in the EU and around the world financial markets are in disarray. The only question seems to be when Americans will get the wake-up call. As the character Leon said memorably to Harrison Ford in Bladerunner: "Wake up. Time to die."

One of the stranger sensations we get on a weekly basis is when we are asked how long US interest rates will remain low. The question is interesting because we all hope that the Fed keeps things as they are. An increase in interest rates pretty much implies the apocalypse, if you know what we mean, so asking about Ben Bernanke easing up on the gas pedal could be seen as a sign of economic naiveté. But leaving things as they are has a cost too.

Here in the good old U.S.A, we've been enhancing consumer purchasing power with low rates from the Fed and deficit spending by the Treasury for some 30 years. We all know we are living on borrowed time and that the immediate future is likely to be a complete fiasco, but somehow the smiling gold miner in us all allows the American people to remain optimistic. Bill Greider, writing in The Nation, finds rays of hope in the willingness of the Fed to print even more money:

"In this sorry situation, there is really only one governing institution with the courage to dissent from the conventional wisdom -- the Federal Reserve. The central bank declines to participate in the happy talk about recovery or in the righteous sermons attacking the deficit. In its muted manner, the Fed keeps explaining why the house is still on fire, why more aggressive action is needed, and is gently nudging the politicians who decide fiscal policy to step up. But its message is ignored by Congress and the president and viciously attacked by right-wing Republicans who say, Butt out."

The sad fact is that for members of the American left like Bill Greider and Paul Krugman, "aggressive action" from Washington has been reduced to deficit spending and more inflation. For example, when Chairman Bernanke talks about the US eventually resuming "normal" levels of economic growth and job creation, how does he keep a straight face? American Banker reports that "While by law the Federal Reserve Board must worry about price stability and unemployment, Chairman Ben Bernanke appears to have charted a third mandate for the central bank: financial stability." Really?

Our view is that the Fed is setting up the US economy for another financial crash a la the mortgage bubble, which was created from 2001 by Fed Chairman Alan Greenspan and his new colleague, governor Bernanke. Yet after three decades of pump priming and other variations on neo-Keynesian stimulus, the proverbial well is empty. Indeed, if one takes an economic metaphor from the Greek legend of Sisyphus, the boulder is rolling back downhill. It may take decades for the US economy to regain these levels of employment and housing prices regardless of the actions taken by the Fed.

The draft presentation from Josh Rosner at Graham Fisher is certainly an eye opener. A lot of familiar stuff in the early pages, but some downright scary confirmation about the end of the US real estate market as we know it. Like the changes in household formation by age, a chart which is enough to make us nauseous. Like did we really take out 3 to 4 million households in the 45-54 age group during the past decade? Yup. Guess what that does for housing prices.

Part of the reason for our selection of the Sisyphus metaphor is that Chairman Bernanke and other policy makers increasingly are frustrated by the inability of ZIRP to affect short-term economic performance. The fact of fewer buyers for a burgeoning supply of homes means that the time line for a recovery in the housing sector is now likely to be measured in decades, not merely years.

But when Chairman Bernanke shows his naiveté by stating in public that there is no problem with the housing sector or that Fed rate policy is not causing problems for financial institutions, we have to worry. The problems with housing we think are pretty much in our collective faces, even if Chairman Bernanke and other inhabitants of Washington refuse to admit that a problem exists.

Chariman Bernanke should re-read the Federal Reserve white paper published in early January to understand what ails housing finance and why the large banks and GSEs are preventing the most reliable monetary policy transmission mechanism -- housing refinance -- from working. But how about the mounting problem of interest rate risk created by the Fed's zero rate policies? Our friend Alan Boyce wrote two years ago about the duration risk created by Fed low rate approach:

"The Federal Reserve has been successful in raising the price of mortgage backed securities. They have withdrawn several years of duration from the bond market and created the world's largest short options position. They have not been able to stimulate a large refinancing wave, which would have been the most effective mechanism to reduce the stress on homeowners having a hard time making their mortgage payments. They have not eliminated the threat to the bond market from the gigantic duration extension event buried in our existing mortgage system. Mortgage extension risk remains as the 'other shoe to drop' in the slowly unfolding drama of the financial crisis. The scale of the extension risk is multiples of the risk to the bond market from extended periods of large budget deficits or the threat of coordinated selling of Treasuries by foreign central banks."

For some time now, we have worried about the duration risk facing home owners with ARMs. Think of duration as the time it takes for you to get half your cash investment back from a Treasury bond. The change in price for a change in yield is another way to look at duration. If you buy a ten year zero, then the answer is ten years. If you hold a T-bond with a 10% coupon, the duration is a little over five years. Given a change in interest rates, the zero coupon instruments moves a lot more than the bond with a 10% coupon because of the lack of cash flow.

In a rising rate environment, home owners with adjustable rate mortgages will default in droves, fulfilling the worst predictions of housing experts when it comes to strategic defaults. But the more profound risk is actually carried by financial institutions, banks, insurers and securities dealers that make loans and invest in bonds with lower and lower cash flows.

For a number of years now, US banks have been loading up on low yielding paper that is a function of the Fed's efforts to reflate the US economy. Since many Americans are not able to refinance their home mortgage, the Fed's efforts are not particularly effective, but we are not supposed to talk about housing. Banks and corporations have been able to refinance their debts, lowering interest expenses but also increasing the volatility - that is, the duration -- of bonds and related swaps and options.

The trouble with low interest rates is that as coupons fall, the duration on a given bond lengthens exponentially. Whereas the duration on a Fannie Mae 5 or 6 can be measured and managed using traditional interest rate risk management tools, in a low or zero rate environments the effective duration on low or no coupon securities becomes so long and so difficult to manage that hedging becomes problematic.

Keep in mind that most banks today are seeking to maximize net interest margins on an interest rate book where the effective yield is falling. There is little incentive to lend cash or securities to other banks given that rates are zero, so banks simply place their excess cash into government and agency debt that has little cash flow yield and essentially infinite duration risk - risk that cannot be hedged.

"Of course, the banks also own a lot of duration…1.35 trillion of GSE MBS, notes one of the members of our mortgage finance discussion thread. "The Chinese had to sell to someone." But such levity aside, the fact is that most banks are not even trying to hedge their interest rate books because cash flows on earning assets are so paltry. Thus as and when interest rates do rise, many larger banks that fund themselves in the markets will come under immediate pressure.

Everyone on Wall Street has fled to the apparent safety of the full faith and credit of US Treasury and agency paper, but the real risk from this paper comes from duration, not from credit risk. So let the Fed pretend that there is no downside risk from using ZIRP to reflate an over-indebted nation. As and when short-term yields do start to move, the damage done to corporate and financial balance sheets will show that the Fed's cure of low interest rates has created even more financial and economic problems than we had prior to the start of QE2 and ZIRP.
Posted by Pillar Of Autumn at 10:56 PM