President Barack Obama kicked off his re-election campaign in earnest this week with a stirring message of hope and unity for the American people: Eat the rich!
According to media reports, "fairness" will be one of the central messages of the entire Obama campaign. So fittingly, the Senate will pretend to vote on the Paying a Fair Share Act — or the "Buffett rule" — soon. Sure, the United States may own $15 trillion of debt and a stagnant, underemployed economy, but nothing says leadership like coordinating your populist message with a sham congressional vote to propel fundraising in Florida. 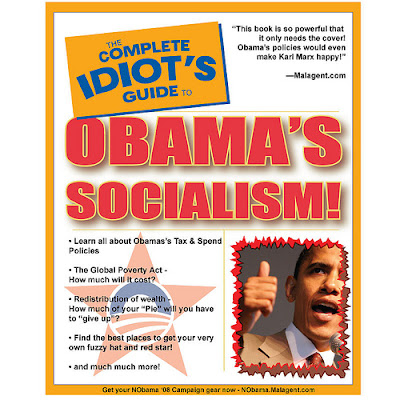 "Fairness," an elusive idea normally exploited by spoiled children, is now the foundation of the Democratic Party's economy policy. If implemented, anyone earning $1 million a year or more would be required to pay at least 30 percent of his income in taxes. That would help reduce the deficit by raising $31 billion over 11 years, according to congressional tax analysts — $2.8 billion a year, or less than a day's worth of new debt incurred by Washington.
That's nothing to sneeze at, says Jason Furman, a key member of the Obama economic team. "We think $47 billion is actually a meaningful amount of money for us and most Americans," he explained, overestimating the Buffett rule. And it is. It is meaningful enough to be the centerpiece of the Obama campaign, though, not meaningful enough to cut from a budget and save taxpayers the burden of paying it back.
The Buffett tax offers little in the way of revenue, because inconveniently, history shows that lowering rates on investment income typically benefits federal treasury. Higher rates, on the other hand, incentivize investors to unearth inventive ways to avoid paying taxes. It also means that investors will often stop allocating capital productively and start parking money in existing investments to avoid taxation.
Most economists (as the president likes to say) agree that the most effective tax system avoids taxing income, dividends and capital gains and focuses instead on promoting savings and investment. Not sure whether it's fair, but it would probably be smarter to reward, rather than punish, those who risk and succeed. So, the opposite of a bailout.
As for fairness, the wealthy already pay more than a fair share (the top 1 percent of income earners make 16 percent of income but pay nearly 40 percent of federal income taxes), and — notwithstanding Warren Buffett's secretary — every category of the wealthy pays higher tax rates than the non-rich. (Let's hope that Obama doesn't start getting technical about "fairness," because the plutocrats would be in for a huge tax break.)
And Obama's plans, as The Wall Street Journal pointed out this week, would also raise the capital gains tax to 20 percent on anyone who earns $200,000 or more (or couples making $250,000 or more) and add a 3.8 percent surtax to fund Obamacare — all before implementing the Buffett tax.
We can never know exactly how the economy will react to policy, but it's the parameters of the conversation — based largely on fiction — that are probably the most harmful part of this distraction. Despite the implicit message of the president, wealthy people are not wealthy because they are taking something from the poor or from government. And they don't stop anyone else from being wealthy.
And the wealthy did not create our debt; government did. Government — this administration in particular but all of them in general — is, by nature, risk-averse and never deals with the consequences of its failed "investments." It is the un-entrepreneur. Really, should the head of an organization that annually spends $1.6 trillion it doesn't have be setting the parameters for a discussion on "fairness"?