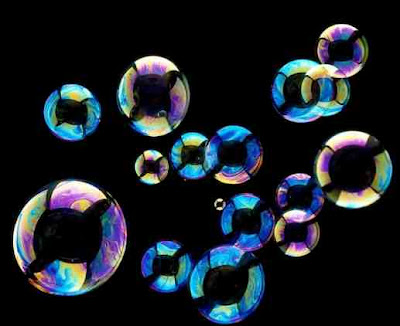 Builders began work on fewer homes than forecast in March, signaling a sustained industry recovery will take time to get underway.
Housing starts dropped 5.8 percent to a 654,000 annual rate, less than the lowest estimate of economists surveyed by Bloomberg News and the least since October, Commerce Department figures showed today in Washington. The slump was led by the volatile multifamily category, which at the same time showed a jump in permits, a proxy for future construction.
While warmer weather may have spurred home construction at the beginning of 2012, a competing supply of cheap existing properties may be steering potential buyers away from purchasing a new home. That means home construction may not help boost the economy in 2012.
“Housing continues to bump along the bottom,” said Jacob Oubina, a senior U.S. economist at RBC Capital Markets LLC in New York. “The best we can hope from housing over the next couple years is that it won’t subtract from growth. The numbers in the past few months were decidedly impacted by a much milder winter, so a significant portion of construction was pulled forward.”
Stock-index futures held earlier gains after the report as concern about Europe’s sovereign debt crisis eased. The contract on the Standard & Poor’s 500 Index maturing in June climbed 0.6 percent to 1,371.7 at 8:42 a.m. in New York.

The median forecast in the Bloomberg survey called for a 705,000 rate. Estimates from the 82 economists ranged from 670,000 to 750,000. February’s building pace was revised to 694,000 from a previously reported rate of 698,000.
Building permits climbed 4.5 percent to a 747,000 annual rate in March, the highest level since September 2008. They were projected to drop to a 710,000 annual rate. Applications for multifamily units increased 21 percent, while those for single- family houses, which account for about 70 percent of the market, dropped 3.5 percent.
Construction of single-family houses eased 0.2 percent to a 462,000 rate. Work on multifamily homes, which include townhouses and apartment buildings, dropped 17 percent to an annual rate of 192,000. The decrease followed gains of 13 percent and 17 percent in the prior two months.
The decrease in starts was focused in the South, where builders began work on 16 percent fewer houses. Construction was little changed in the West and rose 33 percent in the Northeast and 1 percent in the Midwest.

Record-breaking warm weather may have contributed to the surge in construction in the Northeast last month. The average temperature in the U.S. was 51.1 degrees Fahrenheit (10.6 Celsius), 38.6 degrees warmer than the 20th century average and the hottest reported March in records going back to 1895, according to the National Oceanic and Atmospheric Administration.
Even so, low borrowing costs and better job prospects should support demand for new homes. The average rate on a 30-year fixed mortgage reached an all-time low of 3.87 percent in February and was just a point higher at 3.88 percent in the week ended April 12, according to data from Freddie Mac.
Buyers “are starting to feel pressure not to miss this moment,” Lennar Corp. (LEN) Chief Executive Officer Stuart Miller said during a March 27 conference call with analysts. “The fully- loaded cost of ownership is lower in the most-desirable markets than comparable rental rates.”

New-home orders increased 33 percent in the three months ended Feb. 29, the third-largest U.S. homebuilder by revenue said. Shares of the Miami-company rose to the highest level since 2007 after it reported the orders growth and net income that beat estimates.
Nonetheless, without the benefit of milder weather and further income growth, activity pick up much faster for the residential construction industry. Homebuilder confidence fell in April as buyer traffic diminished, according to the National Association of Home Builders. The Washington-based group’s index of sentiment slid to 25 this month. Readings lower than 50 mean more respondents still said conditions were poor.
Existing homes are also offering a cheaper alternative to new properties. The difference between the median price of an existing and new single-family house was more than $76,000 in February, near the widest gap on record and more than $50,000 larger than when the recession began in December 2007.
Posted by Pillar Of Autumn at 12:31 AM