Congressmen Get Cash From Big Pharma 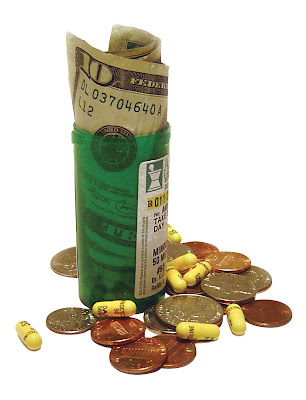 Senators who received substantial donations from pharmaceutical companies were instrumental in making a new drug bill more industry-friendly, according to studies by nonprofit groups and remarks by some of the senators themselves.The bill, which passed the Senate 93-1 and now goes before the House of Representatives, was introduced in order to correct the errors in FDA procedure that allowed Merck's painkiller Vioxx to remain on the market for years, even after evidence began to amass that it led to potentially fatal heart attacks. It was based on recommendations by the Institute of Medicine, a division of the National Academy of Sciences.While the institute's recommendation to allow the FDA to monitor the safety of products after approval was included in the final bill, it was significantly weakened at the instigation of Sen. Judd Gregg, R-N.H.. Gregg has received $168,500 from the pharmaceutical industry since 2001.Other recommendations fared even less well. A proposal to allow the importation of less expensive drugs from other countries was defeated 49-40. According to research by the Center for Responsive Politics and PoliticalMoneyLine, these 49 senators (less than 50 percent of the Senate) have received nearly 75 percent of the donations made by the drug industry since 2001, a total of $5 million.In addition, a proposal to ban advertising of high-risk drugs for two years and another to curb conflicts of interest in the drug approval process were defeated by Senators who have received substantial industry contributions.Even the bill's main sponsors weakened its provisions to help the drug industry, by modifying a proposal that would have required that all clinical drug studies be made part of the public record, and not just those submitted to the FDA. Sen. Edward Kennedy, D-Mass. has received $174,000 from the industry since 2001, and Mike Enzi, R-Wyo., has received $78,000."It's not that money buys votes," said Sen. Bernie Sanders, I-Vt., who cast the only vote against the bill. "But you have a culture in which big money has significant influence. Big money gains you access, access gives you the time to influence people."The pharmaceutical industry spends more on lobbying -- $855 million between 1998 and 2006 -- than any other industry in the United States, according to the Center for Public Integrity.
Posted by Pillar Of Autumn at 12:07 PM