The U.N. Gets Stupider And Stupider 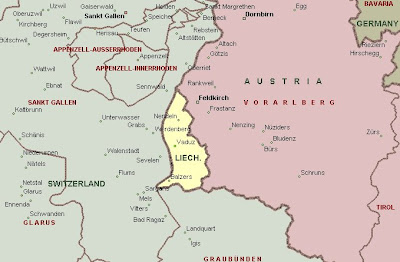 United Nations to the Rescue!

Since its founding in 1945, the United Nations has gained a certain negative reputation. It's rightfully viewed as a costly, cumbersome debating society that's unable to solve conflicts and discipline its staff.
The UN's first horrendous failure was one of its original projects, the Israeli-Palestinian conflict. Since 1947, the Israeli-Palestinian conflict has raged off and on.
More recently, the UN failed to stop the genocide in Africa. They failed to take quick action in Rwanda and their delay cost tens of thousands of lives. The horrendous death and destruction in Sudan and Darfur has drawn attention from around the world. In response, all the United Nations has done is send fact-finding teams.
Then there was the failed Iraq "Food for Oil" program, under the late Sadaam Hussein. During this program, there were proven cases of millions worth of graft and bribery involving UN staff.
But undaunted, the UN marches on - addressing the "really important issues" of the day.
For example, a special UN committee just released a new report addressing "gender equality" in Lichtenstein. This new report demands that the parliament of the Principality of Liechtenstein does the politically correct thing: grant female children of the ruling house of Liechtenstein the right to inherit the throne now occupied by Prince Hans-Adam II.
Liechtenstein is the only absolute monarchy remaining in Europe, and the ruling Prince has sweepingly broad powers. In fact, the Prince's powers just grew in 2006, when a national referendum adopted Hans-Adam's revision of the constitution.
Men Only
Since 1606, Liechtenstein law has required the first-born male of the family line inherit the throne.
In 2004 Prince Hans-Adam II formally turned the power of the day-to-day government decisions over to his son Prince Alois. It was his way of transitioning power to the next generation. However, formally, Hans-Adam remains Head of State.
The country's constitution stipulates that the succession to the throne is an internal matter of the House of Liechtenstein. Prince Hans-Adam II says the ancient family law that regulates the men-only rule is older than even the actual state of Liechtenstein. He also says it's a family tradition that does not affect the citizens.
The prince also points out that other European monarchies including the United Kingdom, Monaco, Denmark and Spain all follow male-preference primogeniture. (Primogeniture is the legal right of the first born son to inherit the entire estate.)
In spite of the UN's busybody interference in Liechtenstein's internal affairs, there is no local debate over the universal rule that the firstborn inherits the throne. That makes the whole struggle for equality meaningless - except maybe to future generations.
For now, it's a moot point. For the last century, all the firstborns of the house have been male, including the current prince's son and grandson.
Major Tax Haven
Why should you care about this tiny nation sandwiched in between Switzerland and Austria?
Simply because this tiny monarchy that has graced the map of Europe since 1719, skillfully transformed into a world-class tax haven in the last half of the 20th century.
Liechtenstein was one of the first nations in the world to adopt specific offshore asset protection laws, as far back as 1926. Today, Liechtenstein offers some of the world's strongest banking secrecy and financial privacy laws, and unique asset protection entities. Plus Liechtenstein offers direct financial and investment access to its powerhouse neighbor, Switzerland. Liechtenstein also shares Switzerland's currency and customs.
Liechtenstein's unique role in international financial circles is not so much as a banking center, but as a pure tax haven.
The principality's 16 locally owned banks, 60 lawyers and 250 trust companies employ 16% of the total work force. Its licensed fiduciary companies and lawyers serve as nominees for, or manage, more than 75,000 legal entities, most owned and controlled by nonresident foreigners.
The nation acts as a base of operations for foreign holding companies, private and family foundations and a unique entity called the Anstalt (i.e., establishment). The banks and a host of specialized trust companies also provide management services for thousands of such entities.
I have no doubt that Liechtenstein will ignore this latest UN meddling.
Posted by Pillar Of Autumn at 8:17 PM