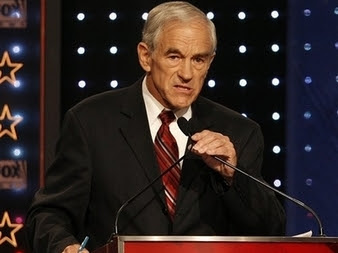 The True Cost of Taxing and Spending
by Ron Paul
Congressman Charlie Rangel recently unveiled a tax plan that Republicans estimate would raise taxes by $3.5 trillion over 10 years. Democrats questioned the math.
Now, the Democrats on the Joint Economic Committee have released a report on the total costs of the military operations in Iraq and Afghanistan, including "hidden costs" such as interest on the money we're borrowing, and long-term healthcare for vets. The bill comes to $3.5 trillion. Republicans are, of course, questioning the math on this item.
One thing taxpayers know is taxing and spending is expensive, and government cost estimates tend to be on the conservative side relative to the actual bills. However extracted and spent, $3.5 trillion is an unimaginable extra burden on our economy.
If $3.5 trillion is the true cost of these military adventures, $11,500 is the amount every man, woman and child in this country pays. So, a family of four would pay $46,000 just for this war. This is an especially painful number to me, as the median household income of my constituency in Texas is just $43,000 a year. In other words, war has cost more than an entire year’s worth of income from each middle class Texas family.
What about the impact of these costs on education, the very thing that so often helps to increase earnings? $46,000 would cover 90% of the tuition costs to attend a four-year public university in Texas for both children in that family of four. Obviously, it would far outpace the cost of a community college degree, so vital to so many in the workforce.
But, instead of sending kids to college, too often we’re sending them to Iraq, where the best news in a long time is they aren't killing our men and women as fast as they were last month.
The Heritage Foundation estimates a $3.5 trillion tax increase would be responsible for 2,200 lost jobs in my district alone, over 70,000 lost jobs across Texas. That's 70,000 Texans in unemployment lines, without health insurance for their families. Some Democrats may not want to spend $3.5 trillion on Iraq, but they do want to raise it in new taxes. And, by digging our economy into a deeper hole, they would create a lot more demand for the social programs they propose.
Tax-and-spend policies create needs they can never satisfy. A government check does not make up for a lost job. Americans do not want more of this. Americans believe in hard work and self-sufficiency, not standing in line for government hand-outs. We are supposed to be living in a land of opportunity, but opportunities fade fast if more tax-and-spend policies are enacted. The more Congress meddles in the economy, the bigger the problems get.
Congress should not increase taxes by $3.5 trillion and the administration needs to end the occupation of Iraq with its costs of $3.5 trillion to taxpayers. Let the hardworking American taxpayers keep their money. Families need that $46,000 far more than government does.
Posted by Pillar Of Autumn at 12:18 PM